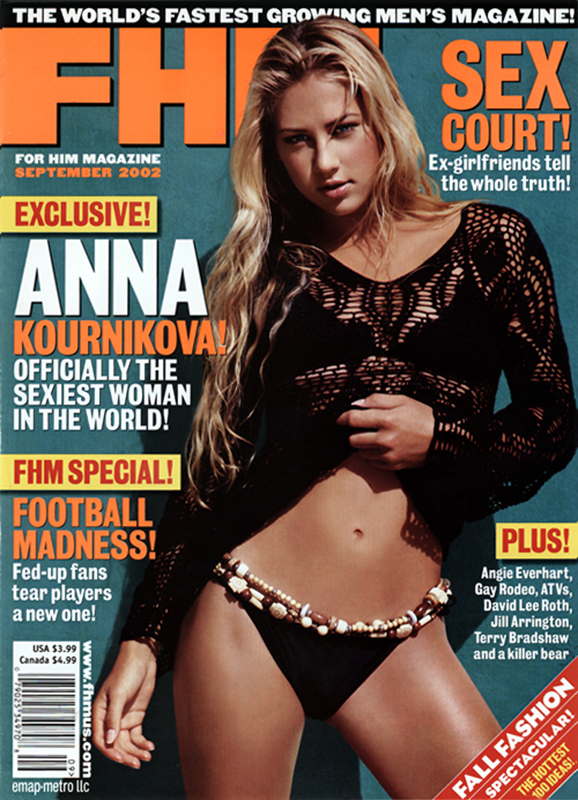 Article appears in the September issue of FHM Magazine (Anna Kournikova is on the cover). Subject: David Lee Roth. Within the article there is a section with questions from Van Halen Tribute Bands. One of the questions is directed to HFT vocalist Randy Monroe.

The magazine contacted HFT about 3 months ago and wanted to know if we had any questions for DLR. Randy called Terry (HFT guitarist) and wanted to know what he should ask, so Terry said to have them ask about tribute bands copying Van Halen. And sure enough, the question ended up in the magazine! There are questions from other Van Halen Tribute Bands as well. There is also a picture of Randy. 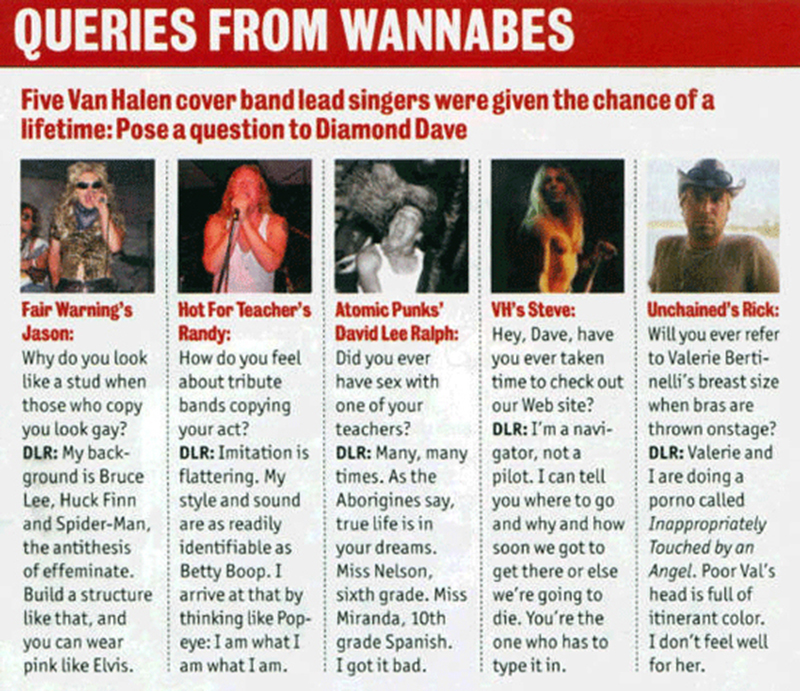