A “Blast From The Past” 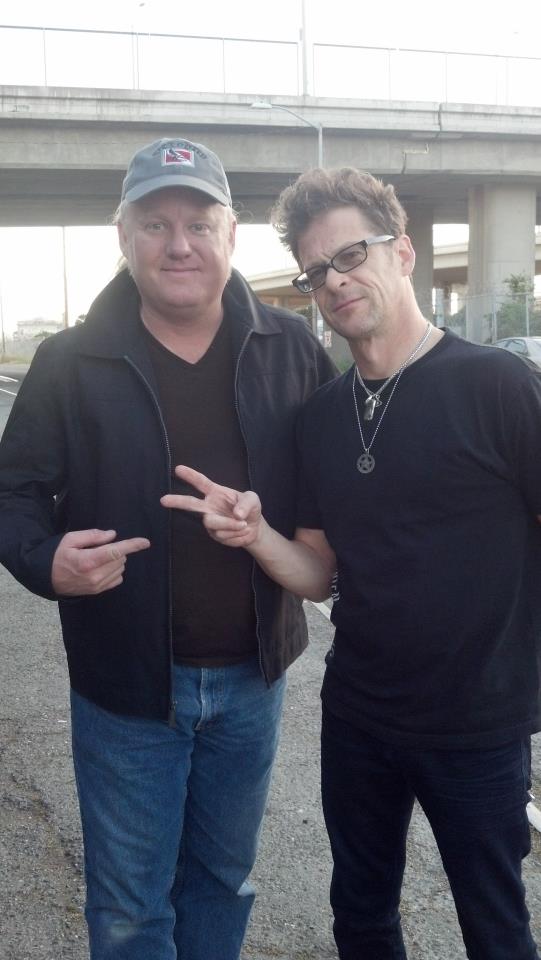 Here’s a “blast from the past”.

HFT & RockSkool’s Randy Monroe saw Jason Newsted at rehearsal on Wednesday evening. “I approached him and said hi Jason, it’s Randy Monroe while shaking his hand. At first he looked at me funny; like okay? It had been over 20 years since we’d seen or hung out with each other; back when we both had ex-wives. So naturally it was going to take a minute to jar the brain cells. We had lost contact during the making of Metallica’s Black album, where many of the ties were cut; as they were swept away in to living on tour for years and super star status.

“I mentioned my old band The Laughing Dead and then the ah, ha Oh moment! I had given him a black and orange t-shirt and finally had the chance to thank him for helping promo us a bunch”.

Jason said, “Man I wore that thing all over the place”.

And I said,”Yeah, all night at the 1st Cow Palace SF …And Justice For All tour show and then the encore the 2nd night; not to mention many other stops along the tour. Then he also wore it for cover of Kerrang magazine before the European leg of the tour and a bunch of other magazines, too”.

“It was hella cool jarring his memory that’s still all there afetr all these years!

Good luck on your 70 date US & European tour Jason! — at Soundwave Studios.