HOT FOR TEACHER Still Rockin’ After All These Years! 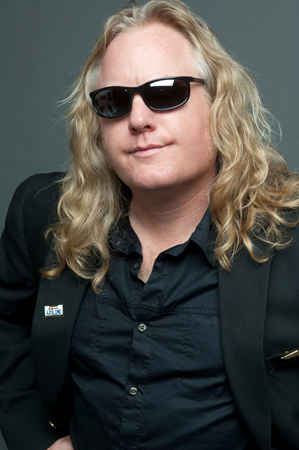 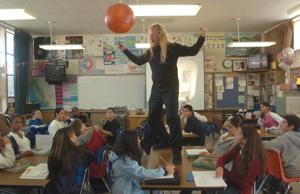 Why is this a big deal? Well, it was in 2005 that the Contra Costa Times newspaper reporter, Tony Hicks, wrote an awesome article about Monroe and his career as Science Teacher by day, and his occupation as Rock Star by night.

While writing about Randy back then, Tony had stated:

“Monroe attacks a conversation, regardless of topic. In the same breath he can talk about kicking tail onstage, then explain how the Earth’s crust was formed. One might say it’s all about the rock with this guy. When he was a kid, his astronomer stepdad, Jim Christy, discovered a pretty big rock himself — Pluto’s only moon, Charon. Monroe keeps a commemorative poster of the feat on his office wall. Science and rock music aren’t mutually exclusive, at least in the way Monroe approaches them.”

Well, not much has changed there!

Randy Monroe sings his heart out for HOT FOR TEACHER as a baritone and tenor. He was classically trained by opera singer Claudine Spindt (who performed with Pavarotti) and has been singing for more than 27 years. Having his MS in Science and Technology Education, Randy is also an Earth, Planetary & Environmental science teacher for the Mt. Diablo Unified School District in California. As the founder of Monroe Science Educational Services – which specializes in fun day trips and science camps – he takes teaching science to a fully hands-on level.

HFT’s wall of sound, along with Randy, is a team of music professionals dedicated to the Van Halen/Hagar musical legacy:

In 2008, HFT became the first tribute band ever invited to perform at the prestigious NAMM Show and the band has been part of the annual event each year – except in 2013 when plans had changed – but they were right back in 2014 to thrill the audiences again.

Now it is 2015 and HFT is still entertaining fans with their next show at Slim’s in San Francisco on January 16th followed a week later by NAMM 2015 in Anaheim. Check them out soon at a show near you!