HOT FOR TEACHER & Other Musicians Mourn the Passing of Liza Cozad-Lauser, Victim of Rare Brain Tumor 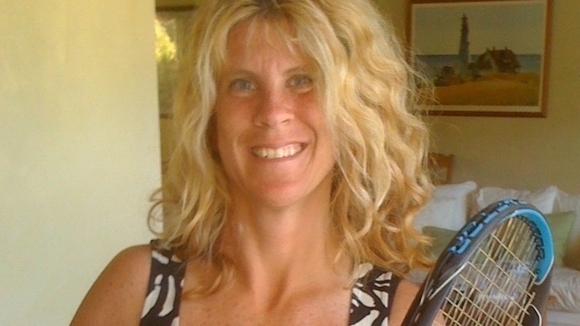 Band members of HOT FOR TEACHER, RockSkool, and many other area musicians are sad to learn of the passing of Liza Cozad-Lauser, wife of David Lauser (drummer for Sammy Hagar’s band The Wabos). Liza, who suffered from a rare inoperable brain stem tumor called Diffuse Intrinsic Pontine Glioma (D.I.P.G.), a cancer tumor that is typically only found in children between the ages of five and twelve years of age, died on January 4th, 2015 at home in the company of several loved ones.

ESPN Sportscaster, Stuart Scott, also passed away on January 4th from a rare type of cancer (affecting his appendix and colon). The poignant quote he made prior to his death can apply to Liza’s life as well: “You beat cancer by how you live, why you live, and the manner in which you live”.

Liza did just that.

A rare condition in adults, D.I.P.G. has been estimated to be diagnosed in twenty adults each year. Liza fought the condition for years and helped raise awareness about the disease, which in turn, helped others who suffer from it as well.

On June 20th, 2014, a benefit show was held to raise funds to help cover the Liza’s treatment costs. The show took place at Sweetwater Music Hall in Mill Valley, California.

The event’s organizer, Randy Monroe, said, “My heartfelt condolences go out to the Cozad and Lauser family and friends. They both are close in our thoughts and prayers. Liza was a truly caring and strong spirit. She will not be forgotten. She was one of those rare dolls and gems – everyone who knew her felt lucky.”

The first benefit show, called Liza 1.0, was put together by Sammy Hagar in February of 2014 and it had raised such a huge amount of awareness and attention that it prompted Governor Jerry Brown to request that the state of California urge the FDA to allow Liza to have access to a new experimental treatment.

David Lauser’s employer and friend, Sammy Hagar, also helped tremendously with the efforts and benefit shows – and through this overall support Liza was able to obtain an exception from the FDA for the rare and critical medicine she needed. Unfortunately, it was not enough to completely save her from the devastating disease.

Liza’s husband David spoke candidly with a reporter at ultimateclassicrock.com and friends and fans may check that page again for information to be posted about David’s ‘Celebration of Life’ event he plans to schedule.

Fans are encouraged to send donations and letters of support to others undergoing treatment for D.I.P.G. and organizations that are fighting for a cure.