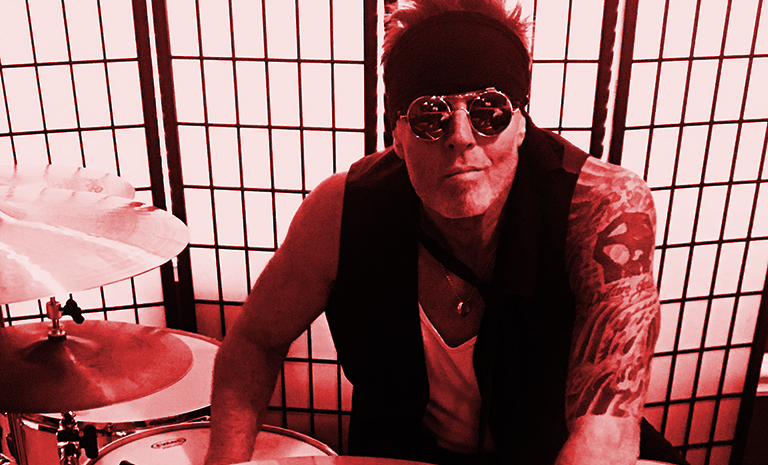 HOT FOR TEACHER is excited to announce the addition of professional drummer, Randy Ross aka “Rossman”, to its explosive lineup. At just 12 years old, Randy Ross began playing drums after seeing Peter Criss and KISS perform on The Paul Lynde Halloween Special in 1976. From that moment on, he has been dedicated to the craft of hard rock drumming, and has played nearly every notable stage from Hollywood to San Francisco.

Over his career, he has recorded with – or shared the stage with – Artists such as Coco Montoya, Love/Hate, Great White, Warrant, Poison, WASP, Alcatraz, Axl Rose, Tracii Guns, and Yngwie Malmsteen – among many others.

Known for his solid, hard-hitting style – Randy is also keenly aware of his job as a hard rock performer. He gives 100% at every show, but also stays laser-focused on the groove, delivering solid backing vocals – and great feel to those he’s playing with. When Randy isn’t behind his massive 26” Bass Drums, he is usually seeking adventure on his Harley Davidson Road King Classic.