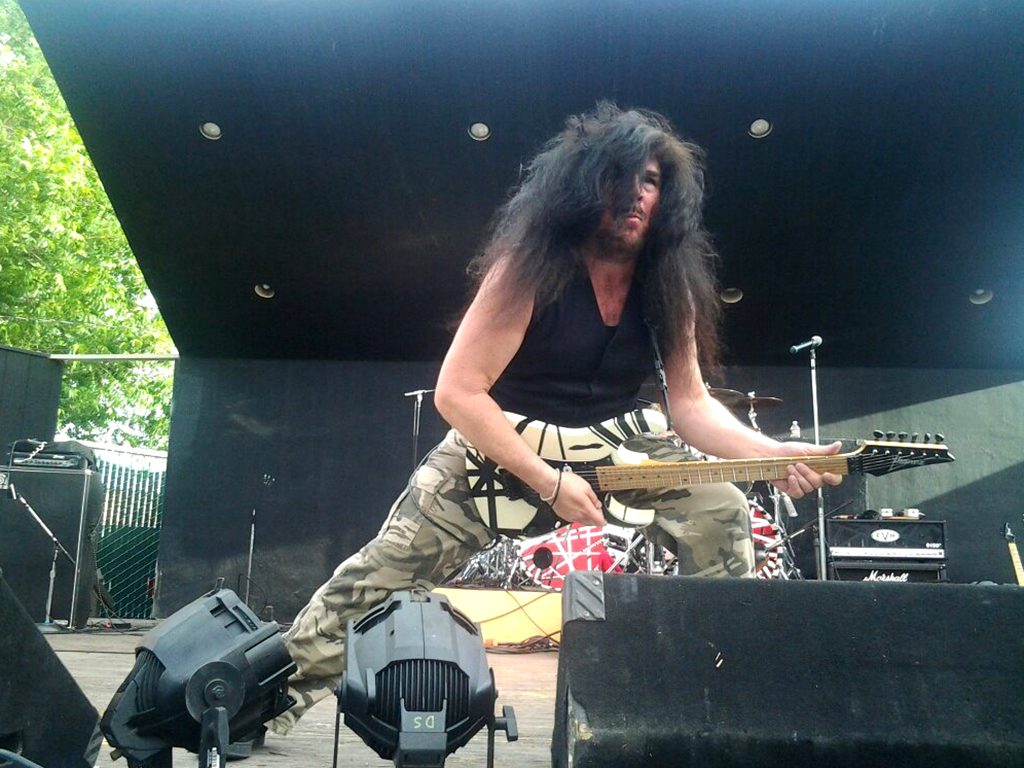 HOT FOR TEACHER performed on Saturday to a vibrant crowd at the Contra Costa Fair and “Wowed” them as usual.

But, someone else got “Wowed” as well on that night! None other than guitarist, Terry Lauderdale after he received a surprise gift.

Out of the blue, Mike Perez of Nady Wireless Systems presented him with a brand new wireless unit just before the guys took the stage.

“I have been using Rick Hunolt’s (Exodus) wireless for the last ten years which kicks ass. The new one performed flawlessly”, Terry proclaimed.

Terry chatted with Mike quite a bit about the evolution of the wireless guitar system that John Nady invented.

“Thank you Mike! And, thank you very much Nady!”, Terry said.