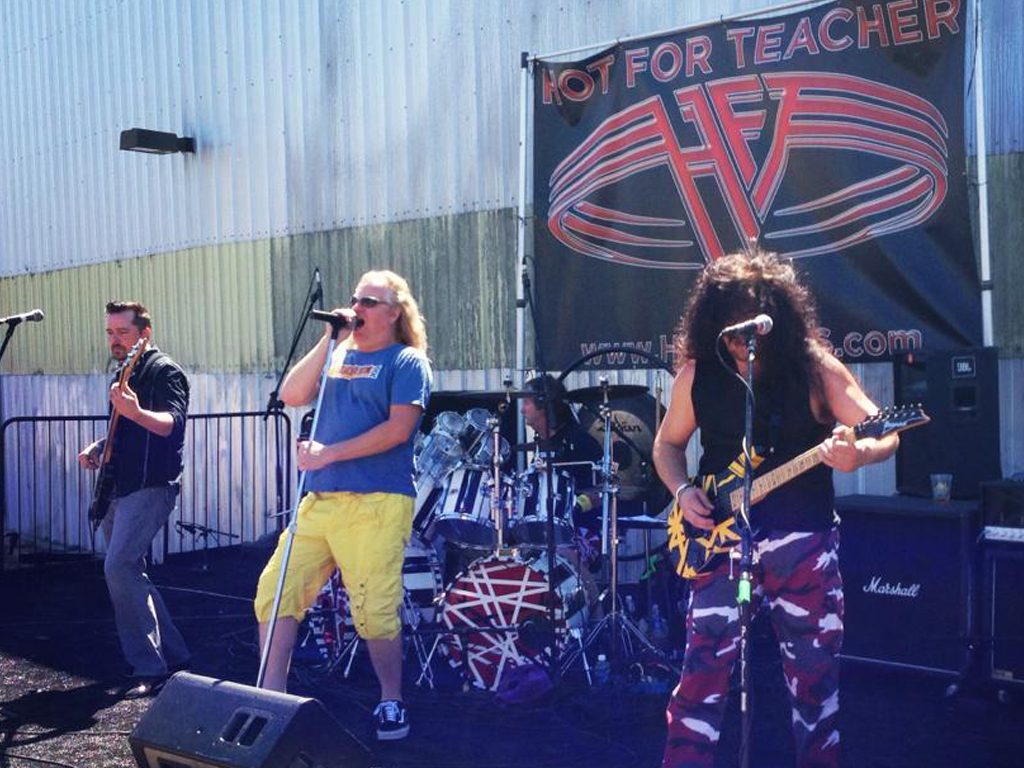 Whew what a Saturday! HOT FOR TEACHER played with their alter ego RockSkool and friends Custard Pie for 107.7 The BONE’s Brewfest to benefit Cal Fire at Pyramid Brewery in Berkeley, CA. The crowd was great all day with lots of DJs & friends hangin’, drinkin’ and raising a tremendous amount of money for a well-worthy cause.

Afterwards, Randy jumped across to the “City by the Bay” to the America’s Cup Pavillion to check out Sammy Hagar’s “4 Decades of Rock”. Prior to the show Randy got a lesson from “The Master of Shameless Acts of Self Promotion” himself Sammy as he proudly displayed his new Beach Bar Rum. The show opened with the Montrose era with Bill Church, Denny Carmassi and Y&T’s Dave Meneketti on guitar for the deceased Ronnie M. followed by the Waboritas and Michael Anthony.

Sammy joked, “There’s only one problem with Mike, he lives in SoCal.”

Of which Mike quipped back about some of Sam’s local neighbors, “Move over James and Lars (Metallica)… I’m coming north!” 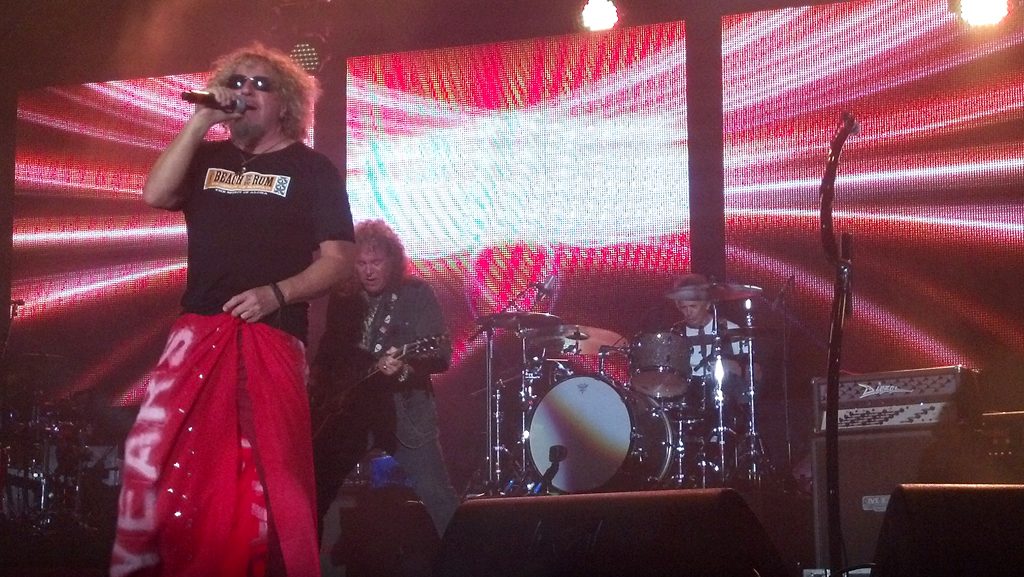 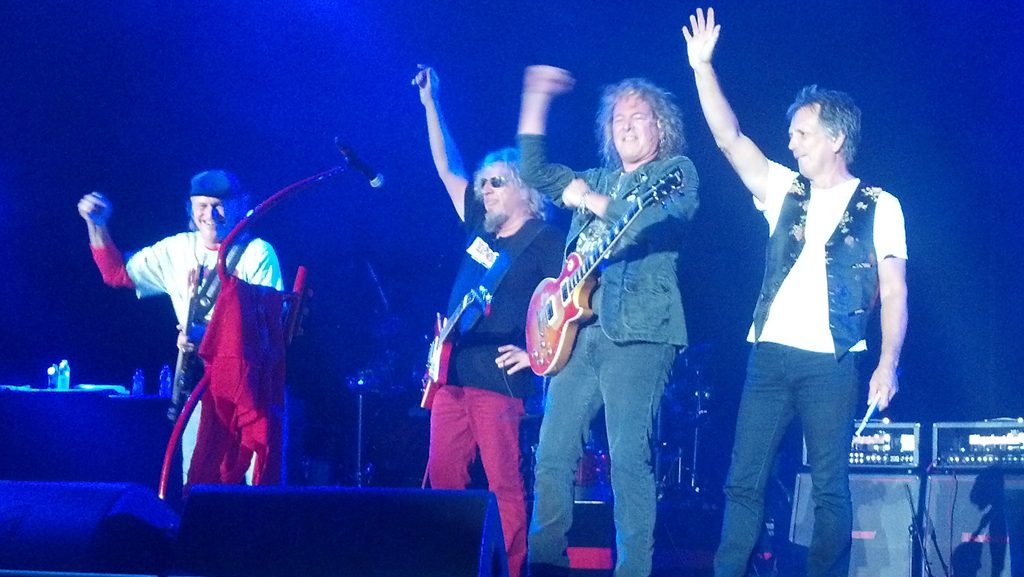