New Horizons + Ultima Thule + Brain May – Truly out of this world 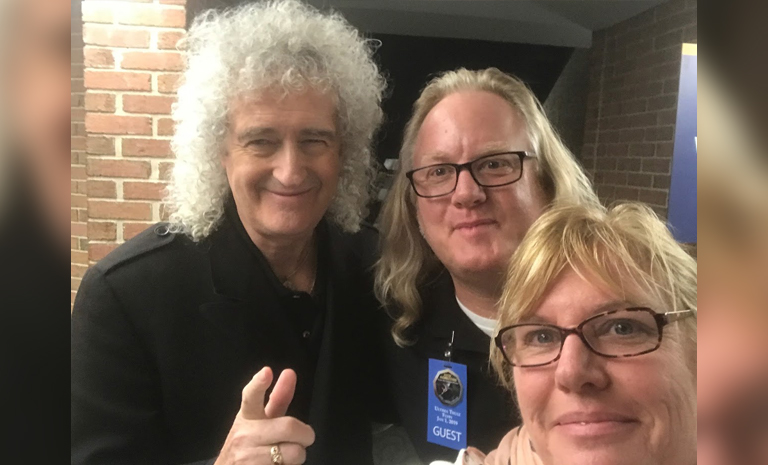 HOT FOR TEACHER’s frontman Randy Monroe, who is also an award winning science teacher and educator for NASA’s New Horizons mission to Pluto/Charon and the Kuiper Belt was on-hand the Johns Hopkins Applied Physics Lab (JHU APL) in Laurel, MD for the New Years Close Approach of their next target Kuiper Belt Object (KBO) Ultima Thule. His family connection to the mission can be seen from our post on June 23, 2018 , 40th Anniversary of Charon’s discovery.

Just before the stroke of midnight, Randy and his sister Nola Meyers got a chance to hang out with Dr. Brian May – best known as the legendary guitarist of Queen, who also has a doctorate in astrophysics and lent his skills in stereoscopy to the NH team, while also writing his first song in years, aptly called New Horizons.

Randy said,”I got the opportunity to say thank you for being an inspiration to so many by showing the world that rock musicians can also be quite bright academically!

As more data is downloaded and analyzed, the New Horizons science team has been busy studying the findings. Dr. May’s ideas have inspired this image of Ultima Thule – “Were’s the View-Master, when you need one?” View the Ultima Thule in 3D