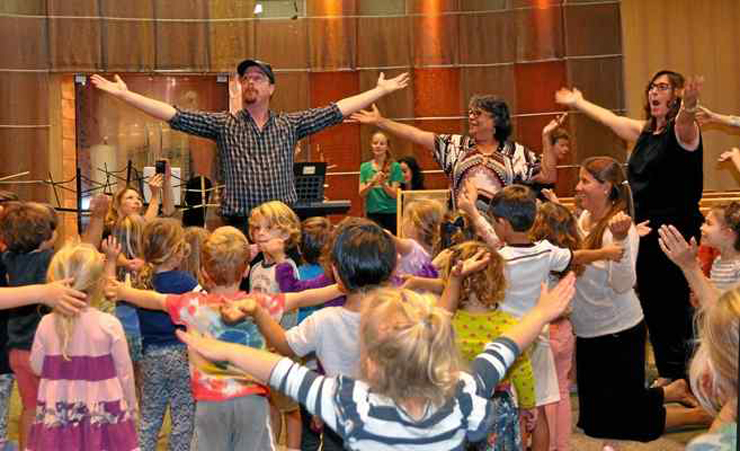 We are so proud! Professional Bassist and member of our RockSkool & Red Rocker Experience bands, Jesse Scott, is a quarter-finalist for the 2017 Music Educator Award at next year’s 59th annual Grammy Awards!

Whether he wins or not, the students that Jesse has taught over the years, and the entire HFTROCKS team – are extremely fortunate to have his skills, knowledge, and friendship.

An accomplished conductor and musical director, Jesse has a number of graduate degrees in music (B.M., M.M., M.M.Ed). He has toured both Europe and the entire United States after winning a concerto competition for the Marin Symphony. He has recorded with the Taipei Symphony on the “live” Air Supply album “Now and Forever” and later performed with the Boston Philharmonic. For over the last decade, he has brought his awesome talents to The Red Rocker Experience, RockSkool, and previously HOT FOR TEACHER.

In 1999, he began his career teaching music at the Brandeis Marin School. As the Music Director and Instructor, he has guided his students’ musical futures – some go on to become songwriters, some choose to major in music at college, and one of Jesse’s students became the lead guitarist for singer John Legend.

Read the full story and an interview with Jesse here.

Rockin’ Randy Monroe in tune with The Universe’s Greatest Hits